Being an Indian in a foreign country

When I was 4, we moved to the USA from India. I was gonna start kindergarten in a public school nearby. I was super excited and couldn’t wait to go to school. The first day went pretty well… until the devil came. There was a boy in my class named Chase and he was MEAN, like SATAN-LEVEL MEAN. He would bully me for every little thing. He would say things like “Shouldn’t you be in India, weirdo?” and “You Asians are gross”. He would make fun of my food and say I didn’t belong there. Not everyone was like him, though. A lot of people were actually nice and I made friends. Chase quickly became one of my BIGGEST rivals. Thank goodness I wasn’t the only Indian. There were a few more Indians and there were some Chinese kids too. And all of us, the Asian kids, were bullied by Chase and his friends. I mostly didn’t care, but sometimes, what he said really hit me. And one of my friends, who was also an Indian, came home crying once because Chase told her Indians to have shorter lifespans (he was picking on us, AGAIN). This went on until one day, we couldn’t take it anymore, so we tattled. When the teachers found out, they were FURIOUS. They brought lightning down on Chase and he got detention for a month. But that wasn’t the end…

For the next 3 years, Chase bullied us endlessly, calling us tattletales because we told on him. My American friends would help me out and whenever he picked on me, my friends would step in and tell him to buzz off. My teachers were angels and were always there for us. Over time, I learnt to stand up for myself and I didn’t let him put me down.

Sadly, this is the world we live in. Bullying can be seen everywhere, and it happens because of our differences. We can make the world a better place by saying NO to bullying and standing up for the victims.

How to Stand Up for Yourself:

Remember, you are you and no one can change that. Don’t let someone step over you because you are different.

If you’re being bullied, it’s mostly because you’re different from the crowd. Learn to love yourself just the way you are. You don’t need to impress ANYONE.

Don’t be afraid to ask for help

If the bullying keeps going, then it’s best to get help from a grown-up. Remember, it’s always okay to talk about something if it’s bothering you. And lastly,

NEVER EVER GIVE UP!!

Love yourself and others. Respect different cultures. Believe in yourself. You can’t stop someone from bullying you if you don’t have the courage to raise your voice.

“Never be afraid to wander from the crowd. Why fit in when you’re born to stand out?”

I learn future kid guidance from Akshara International school. As an Aksharite, I am sure that I am confident and never give up on any sort of petty and trivial issues. 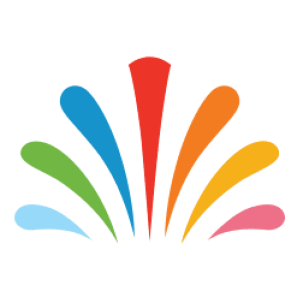