Story of Starbucks CEO: In the fall of 1960, a 7 years old boy from New York saw his father’s self-esteem fractured by being humiliated by a lot of his employers in the low-paying jobs he struggled in. His parents struggled financially and put in a lot of overtime to provide for the family. Things got tough for the family when his father fell on the ice while working, he broke his leg and was fired from his job. The image of his father lying on the couch feeling hopeless, crushed and defeated left a permanent mark on the memory of the boy. The young boy took up football, baseball, and basketball to escape from being “poor.” He excelled in high school to the point where Northern Michigan University offered him an athletic scholarship. He also used to sit on the staircase of his one-bedroom apartment dreaming of a better life.

At college, the boy decided to major in Communications and to pay for college, he had to take student loans and worked many odd jobs to make ends meet. A few times he even had to sell his blood for money to survive. He worked at a lodge and as a salesman but he had a desire to work at Starbucks. In order to sell Hammerplast coffeemakers, he met with one of the owners, Gerry Baldwin, and showed an interest in working there. The Seattle company hired him as its marketing director the next year.

When he first began working, Starbucks had a dozen stores and only sold coffee beans and related items, not coffee by the cup. But on a trip to Milan, Italy, in 1983, he was convinced that espresso or coffee “bars,” which had chairs to sit and socialize while the hot drinks were served by the cup, were the future. But because Starbucks’ owners didn’t agree, Schultz made the decision to strike out on his own. In 1984, he built the first II Giornale coffee shop after collecting funds from investors.  Seattle’s wealthy coffee lovers loved the modest, welcoming cafe because, due to him, they could get Starbucks coffee by the cup and a bag of beans from the actual Starbucks across the street. Three years then, in 1987, this man bought the entire Starbucks and then merged II Giornale and Starbucks to form the Starbucks Corporation. This man we heard about is none other than Howard Schultz, the poor boy who made Starbucks a 100 billion dollars company. He expanded Starbucks to various parts of the world and the company now operates more than 24,000 retail stores in 70 countries.

Howard has some advice for all of us – “In life, you can blame a lot of people and you can wallow in self-pity or you can pick yourself up and say listen, I have to be responsible for myself. I believe life is a series of near misses. A lot of what we ascribe to luck is not luck at all. it is seizing the day and accepting responsibility for your future. It’s seeing what other people don’t see and pursuing that vision. I feel so strongly that the reason I’m here is that I dreamed big dreams, the kind of dreams that other people said wouldn’t be possible.”

So, my folks don’t wait for perfect conditions, make decisions, and assume control of your situations. Remember that a year from now you may wish you had started today!

This is Howard Schultz‘s story. What’s yours? 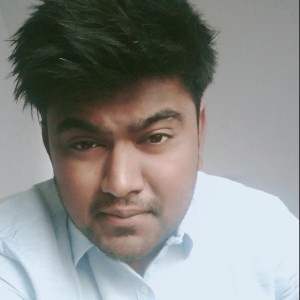 Jeevan is a passionate ESL facilitator with a quirk to write contemporary heartwarming fiction rooted in philosophy. Jeevan's blogs dwell on the psychological insights that prepare the 21st Century learners for the future!