WHERE IS THE CITY OF TROY?

Do you think it is about Brad Pitt, Eric Bama or Sean Bean? Nonetheless, you are on track but the track here is on the way toward the legendary mythological stories of the City of Troy. Let’s say less to do with films, I guess one would agree that no movie is a movie unless it is a penned-down thought and scripted to dramatization.

Troy is an ancient Greek city that was located in a region known as Asia Minor at the time of existence.

Nevertheless, it is now almost universally acknowledged that the city described in Homer’s Iliad has been discovered by archaeological excavations. There are also more names for Troy, including Hisarlik (Turkish), Ilios (Homer), Ilion (Greek), and Ilium (Roman).

One of the most significant incidents in Greek mythology, according to many academics, is the Trojan War that took place in the city.

Excavations and findings about the city say, “The mound was 105 feet tall before archaeologists started delving deeper into the ruins of Troy. There is proof that the area was inhabited by numerous settlements over the course of nine different periods. Homes in Troy were constructed, inhabited, and then destroyed by natural disasters. Nearly all people and buildings were destroyed after each period by a fire, an earthquake, or both.” Survivors of the previous era would construct new dwellings on top of the damaged ones rather than levelling the land or moving to a new area.

Let us take some interesting things about this city.

You must have heard of or come across the Trojan Horse. Internet users are handy at the word ‘Trojan Horse, a malware virus that one would never think of having on our laptops or systems.

The phrase “Trojan horse” now describes the subversion that is brought in from the outside. The term “Trojan horse” was first used to refer to deceptively innocent computer routines that look like legitimate applications but are created to harm or disrupt a computer’s programming or to steal personal information in the late 20th century.

The trojan horse was a mammoth hollow wooden horse constructed by the Greeks to gain entrance into Troy during the Trojan War.

Epeius, a coward but a genius and fighter in his own right, constructed a horse. Sinon convinced the Trojans that the horse was an offering to Athena (the goddess of war), which would make Troy impregnable, and the Greeks left them behind as they pretended to quit the battle and sailed to the nearby island of Tenedos.

The horse was brought inside the city gates against the cautions of Laocoön and Cassandra. Greek warriors came out of it that evening and unlocked the gates to let the army back in. Book II of the Aeneid contains a lengthy account of the tale, while the Odyssey briefly mentions it. Subversion that is brought in from the outside is now referred to as a “Trojan horse.” The term “Trojan Horse” first appeared in the late 20th century.

Achilles’ mother, a sea-nymph, immersed him in the River Styx as a baby to make him eternal. However, because she was holding him by one heel, this area did not touch the water and stayed exposed, making it where Achilles was ultimately fatally injured.

The Achilles tendon is the name given today to the tendon that rises the leg from the heel. However, the phrase “Achilles’ heel” isn’t used in medicine; rather, it merely has a general connotation of “weak point,” as in a region of a nation’s borders that isn’t militarily guarded or a Jeopardy contestant’s lack of knowledge in the Sports category. 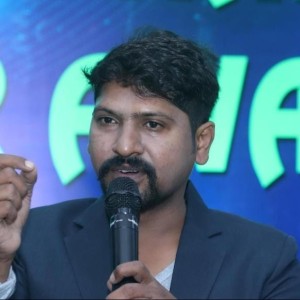